The earthquake itself does not hurt people. It is the collapse of buildings without earthquake resistance caused by a fatal earthquake, which causes serious losses to the nation and society. In the face of frequent earthquakes in recent years, China attaches great importance to building reformation, and the traditional brick houses are no longer promoted nationwide. The prefabricated steel structure buildings that can resist the violent earthquake happened in Wenchuan (it has been proved by practice and many anti-seismic experiments of Tsinghua University Research Institute) have gradually replaced the traditional houses.

The horror of the earthquake lies in the failure to do a good job in earthquake prevention of buildings so that it causes heavy casualties. Japan is in a long-term earthquake area, but there is no significant casualties and economic losses caused by earthquakes. The important reason is the use of prefabricated seismic houses. 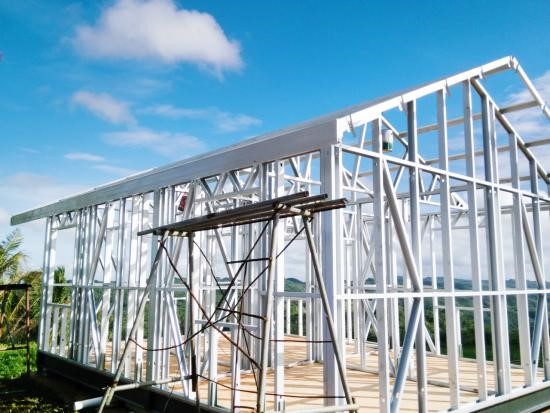 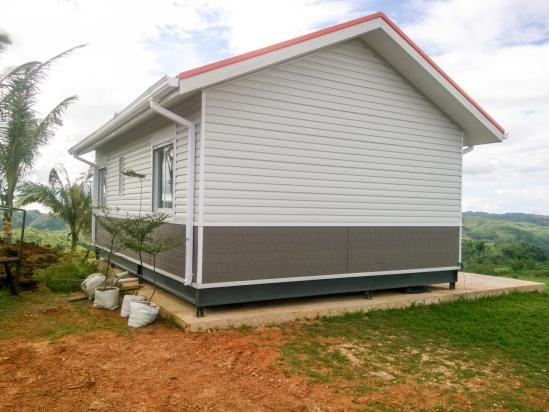 Typhoon is a huge energy storage and its wind speed is quite fast. The traditional houses will bear 2.5 tons of wind pressure per square meter under a typhoon with a speed of 100 meters / second, which will cause serious damage and collapse of the rigid structure houses. Pre-engineered steel buildings adopt advanced double-sided galvanized light steel as the main body and form a light steel system with OSB plates. The steel house is firm, light steel main body is rustproof and mothproof, and there are special chemical anchor bolts, expansion screws, etc. to connect the house into a whole and closely connected with the foundation, which can resist the hurricane of grade 13. Prefabricated steel buildings have been built in many places along the sea where the typhoon is frequently generated. 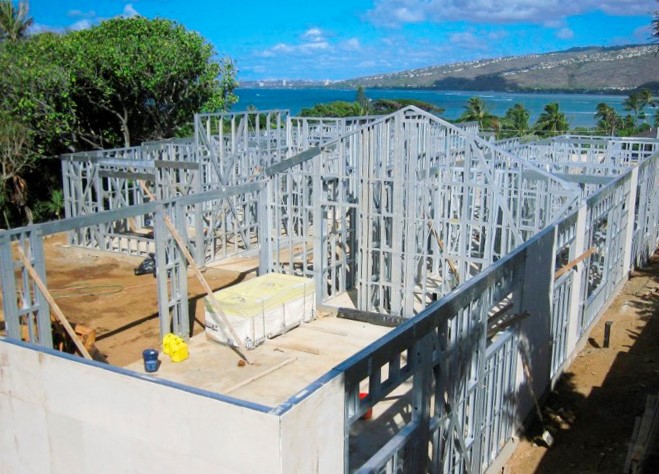 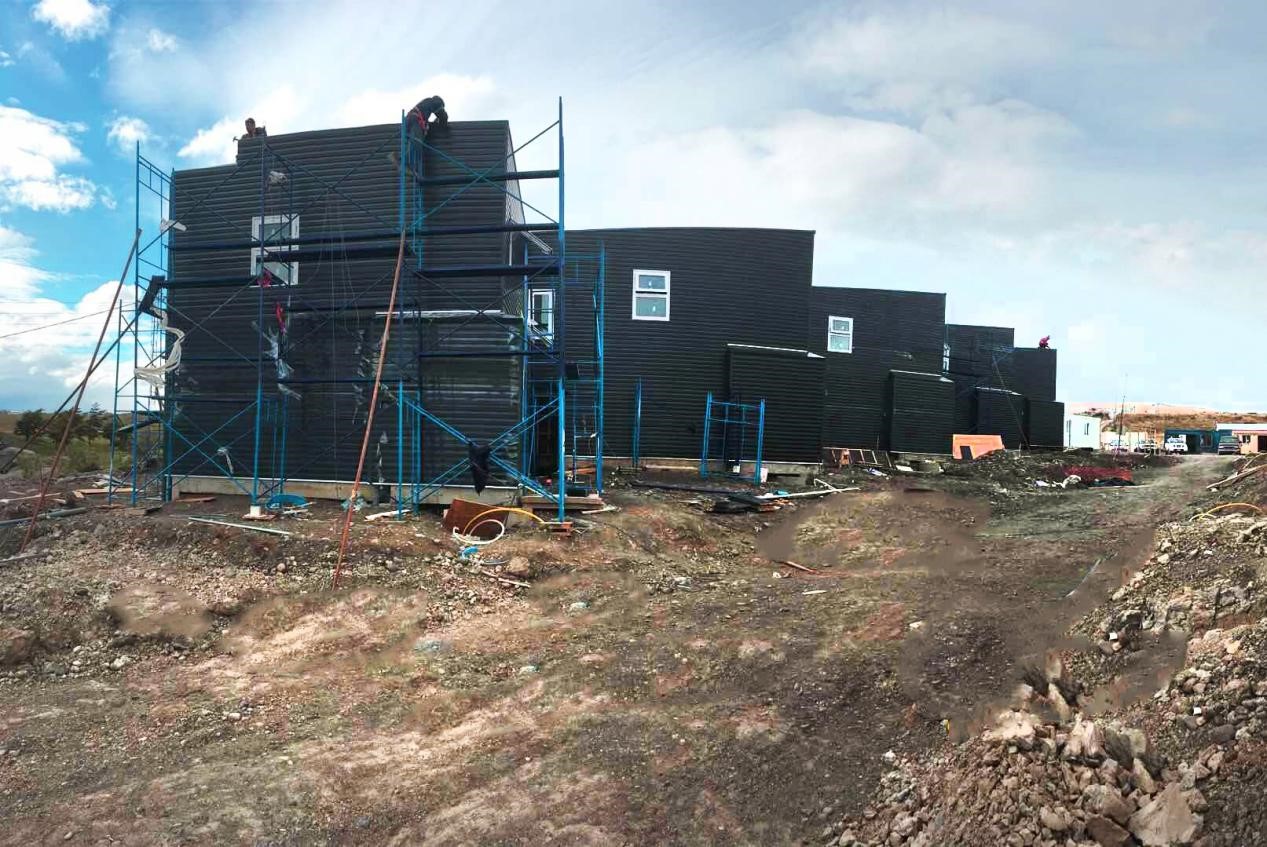 Cracks often occur in brick concrete buildings. The time and labor costs of repair and rework affect the living. A steel frame residential homes are composed of more than 10000 components. Its component performance is stable, accuracy is high, the overall structure is complete, and flexibly connected, which will not be easy to crack. Unlike the red brick house which is rigidly connected, it is easy to crack if any natural accident occurs. 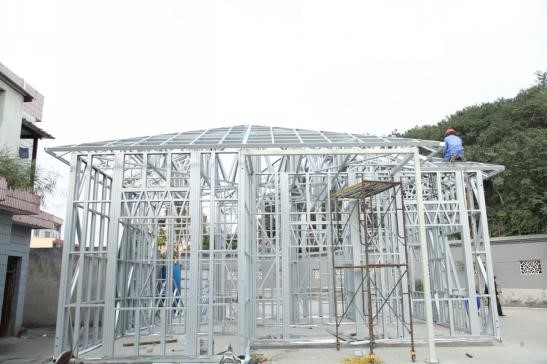 Due to a large amount of water sprinkled into the building during the construction process, the brick concrete house will condense into water tide in the next 40 years according to the external air humidity. It is very harmful to people's health during the long-term residence, and it will cause serious diseases like the cold. Prefabricated steel homes are all dry construction without water, and a layer of moisture-proof breathing layer is specially equipped. According to water molecular size, the large water drops will be blocked outside the wall, and the indoor water vapor will be penetrated. 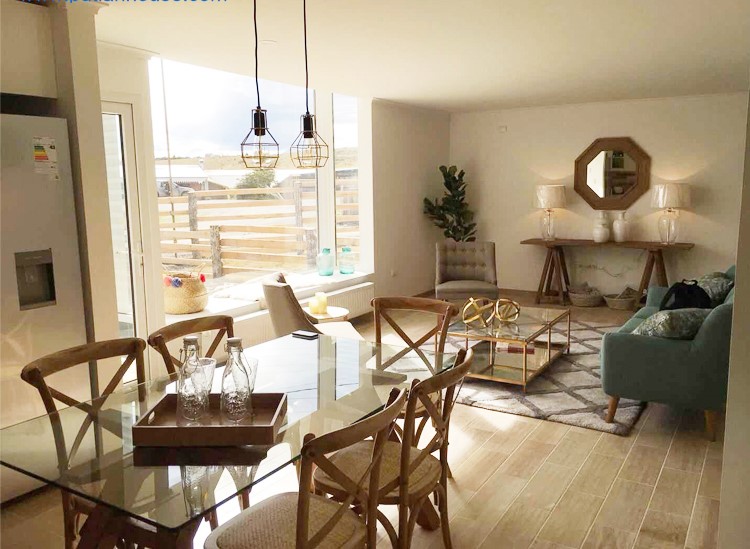 The national standard house sound insulation requirement is 40 decibels, but most of the traditional houses fail to meet this sound insulation standard, which seriously affects the quality of life. The wall system of steel frame residential homes includes light steel keel, rock wool board, etc. The sound is transmitted by a medium. There is only one medium for red brick, but there are 5-6 layers of medium for the pre-engineered structure's wall. In the process of transmitting the sound, the sound is attenuated one layer by one through a variety of different media, and the unique thermal insulation and sound insulation slurry of the wall has a good sound absorption effect, to achieve sound insulation of more than 60 decibels, which is equivalent to stacking of 1 meter of a red brick wall. With the good sound insulation effect, you can enjoy the high quality of living easily.

The poor heat insulation effect of brick concrete building materials makes it cold in winter and hot in summer. Most of the roofs need to be insulated by adding half a layer, which not only is not waterproof for a long time but also increases the construction cost. The composite wall of the prefabricated steel buildings has obvious heat preservation and insulation function, avoiding the phenomenon of the "cold bridge" of the wall. The combined wall of 15cm is equivalent to the heat preservation and insulation effect of the 1.2m brick wall. Besides, because the wall material is composed of 5-6 layers, in the process of heat transfer, heat is consumed layer by layer, which has the effect of heat insulation. 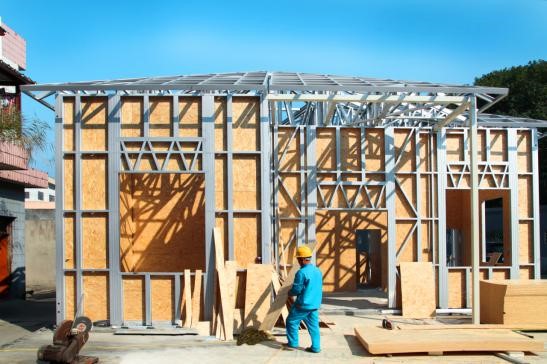 The traditional house construction time is long, and cannot be constructed in rain, snow, and frost. A house needs construction for more than one year. The construction process of prefabricated steel structure adopts dry operation construction. After component prefabrication in the factory, it only needs to be installed on-site, which is not affected by the environment and seasons. It can be built all year round. 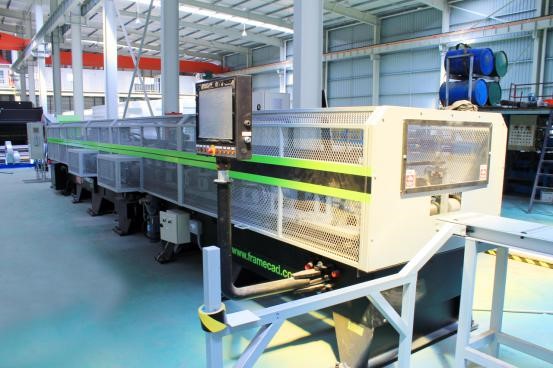 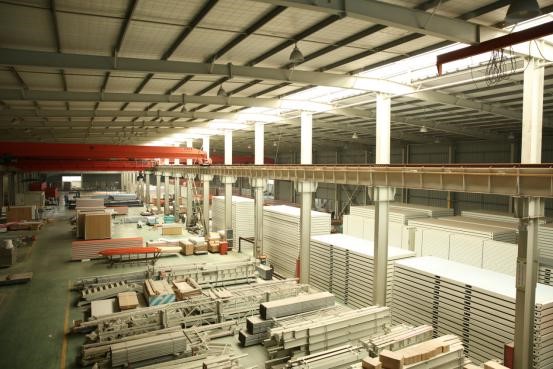 The traditional building is built with cement, which is difficult to form and hard to achieve the desired construction effect. The traditional houses have 24cm red brick walls, and its usable area can only account for 70% to 80% of the building area. From design to production, construction, and after-sales service, the pre-engineered houses can be flexibly assembled, which provides the possibility for the realization of various styles of architectural modeling and fully displays diverse architectural appearances. The wall thickness of the light steel structure house is 14-18cm, and the area calculation method is a solid calculation, which can realize the effect of “small area but large space”, and the use area is more than 90%. 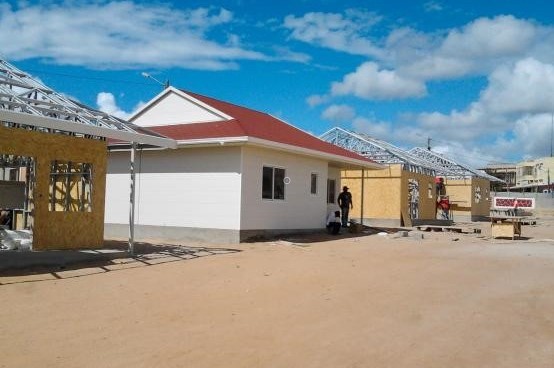 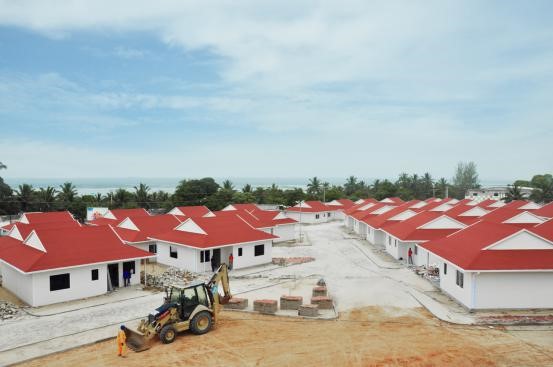