The famous Globe Theater, best known as William Shakespeare's favorite haunt, got a contemporary update with a new, mobile version made of shipping containers. Instead of wood, architect Nicholas Leahy of Perkins Eastman and structural engineer Michael Ludvik opted for steel to create a punk rock-inspired structure made out of shipping containers that appeals to younger, more modern audiences. 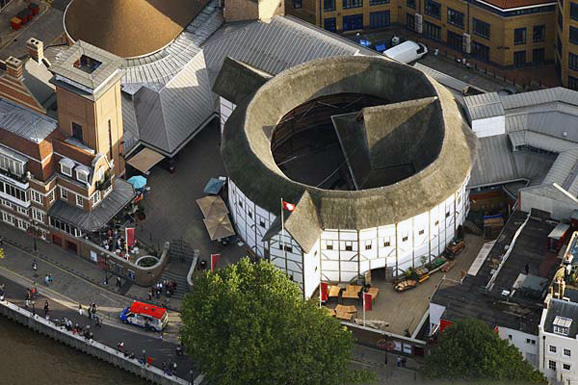 The structure is true to the original Globe Theater design, but instead of wood, it is enveloped in industrial mesh that filters daylight and allows the building to come alive at night. Project leader, architect Nicholas Leahy of Perkins Eastman, and structural engineer Michael Ludvik already collaborated on the London Globe project in the 1980s, before teaming up again to revamp Shakespeare&rsquo;famous Globe Theater. The New York branch of Arup worked on the environmental performance studies for the theater. 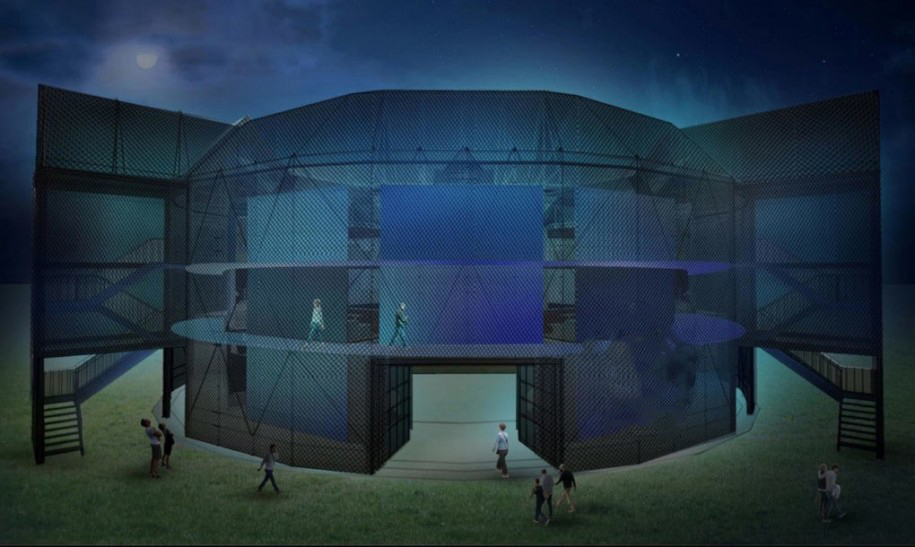 While steel sheets are not the common material used for building performance spaces, the designers discovered that the corrugation of the shipping containers has a great effect on the acoustic performance of the material. The containers were modified, cut and stacked on top of each other. 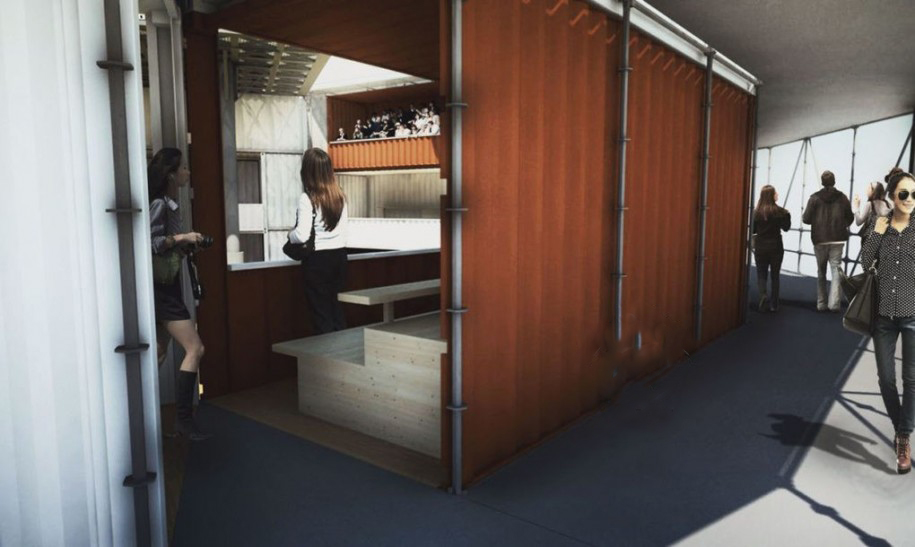 Among the main influences for the design were Sex Pistols and King Lear, as Vail mentioned in a TEDx Talk. This combination of classical theater and pop culture is reflected in the design, which is expected to be built in Detroit. It will act as a venue for a variety of performances. It is intended to become mobile and travel across the country.